Thank you to board members Mark Gabrione and Vicki Walters for representing LCRTL this year at the March for Life in Washington, D.C. Let us continue to speak and pray for the value of all human life from conception until natural death. 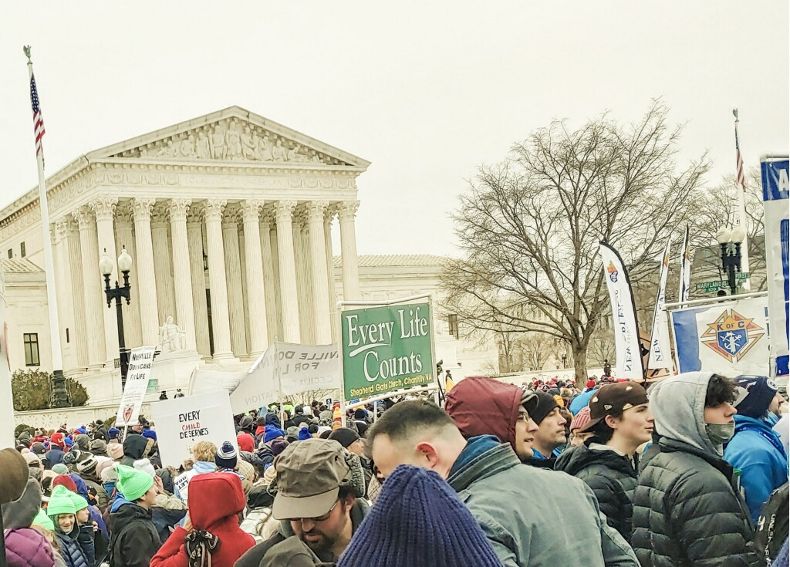 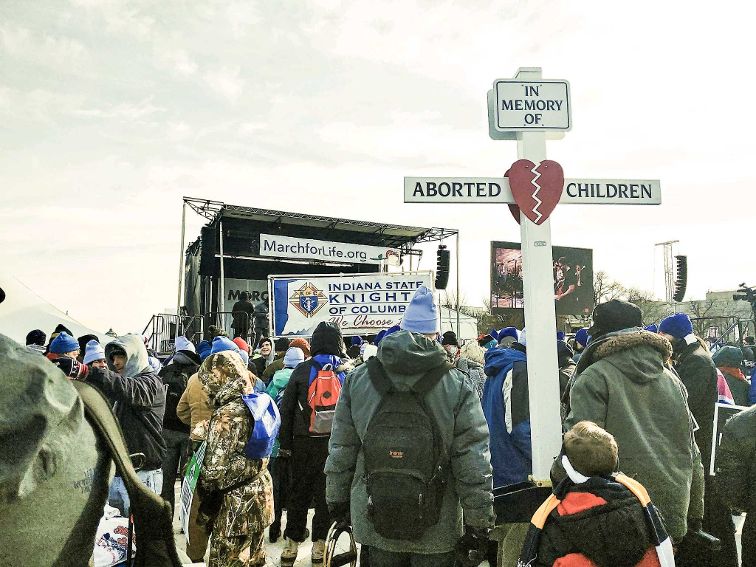 We are excited to announce the completion of our Billboard on Rt. 41 in Lowell. The Billboard stands on the east side of the street, about 600 feet south of Route 2, and comes with a QR Code on each side that is accessable to commuters. It serves as a reminder that every life has value, no matter the circumstance. 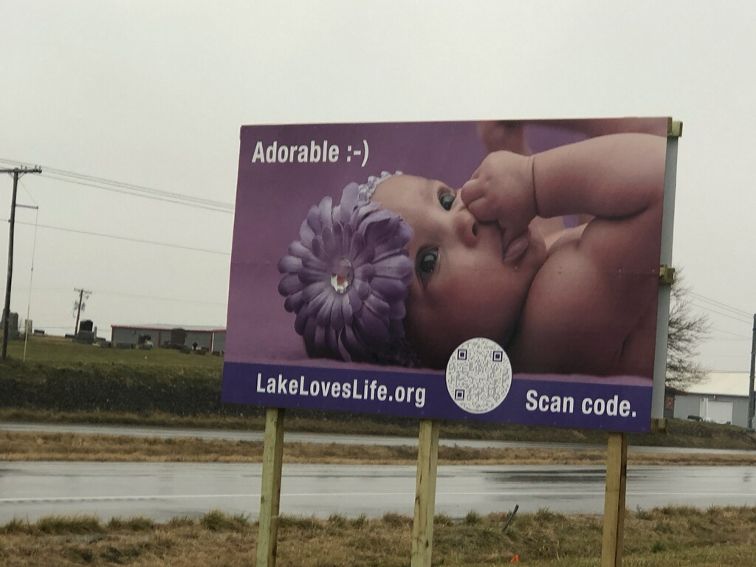 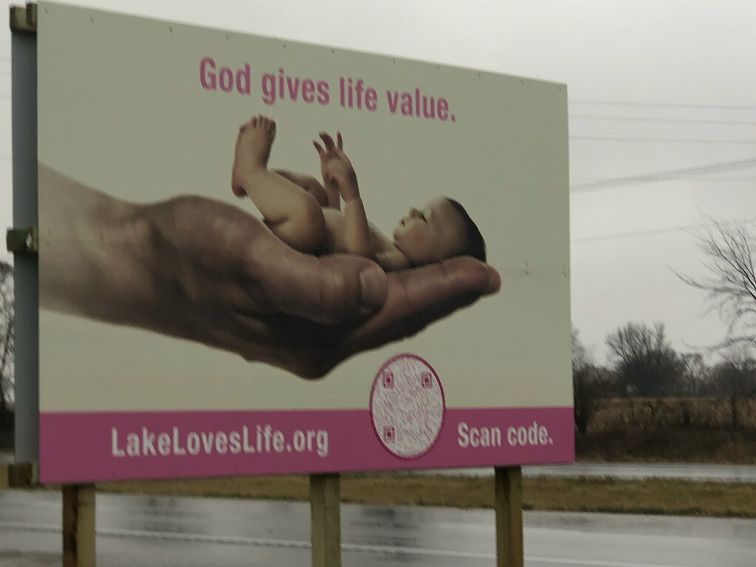 Cy Huerter was presented with a happy birthday cake at the Savior of the World benefit last Saturday, Novemeber 13. Mr. Huerter, who turned 75, is one of LCRTL's most active and long standing supporters with more than 30 years of pro-life support!  Thank you, Cy!!

It is with a bittersweet feeling that way say goodbye to one of the most beloved and important people behind the LCRTL scene these past three years, Erica Stephen. Erica has served as the secretary to the LCRTL board since 2018 and has been instrumental in coordinating most of our events and functions, including our annual banquets. If you have volunteered for anything, or simply been present at any event, there is a good chance you have had the pleasure to hear and/or meet her. She has been the glue holding everything together for us in these difficult times, and her presence will be greatly missed. Many things could not have been executed properly without her time, talent, and dedication, and for that we are all extremely grateful.  While we are sorrowful for her absence, we are excited and thrilled for the new opportunities she has before her, and wish nothing but the best for her. Thank you Erica, and may God bless you! 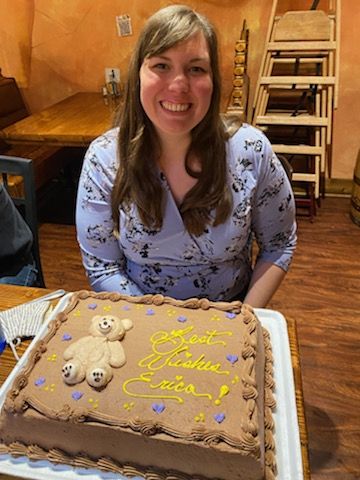 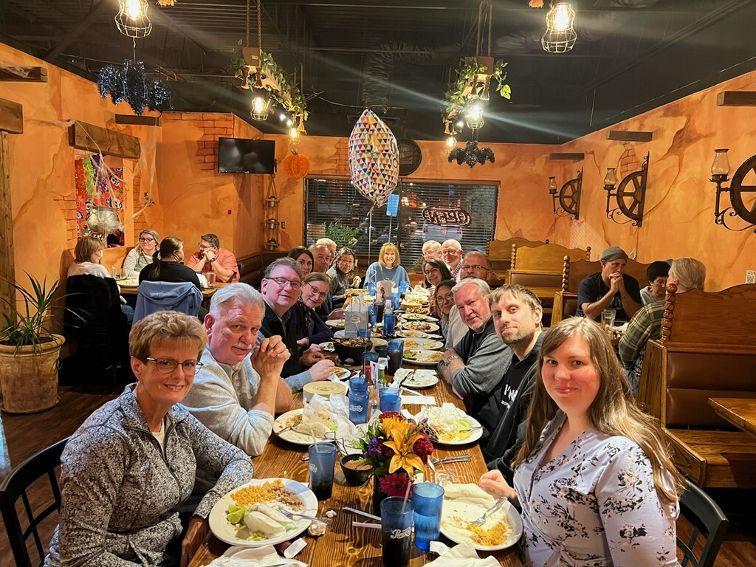 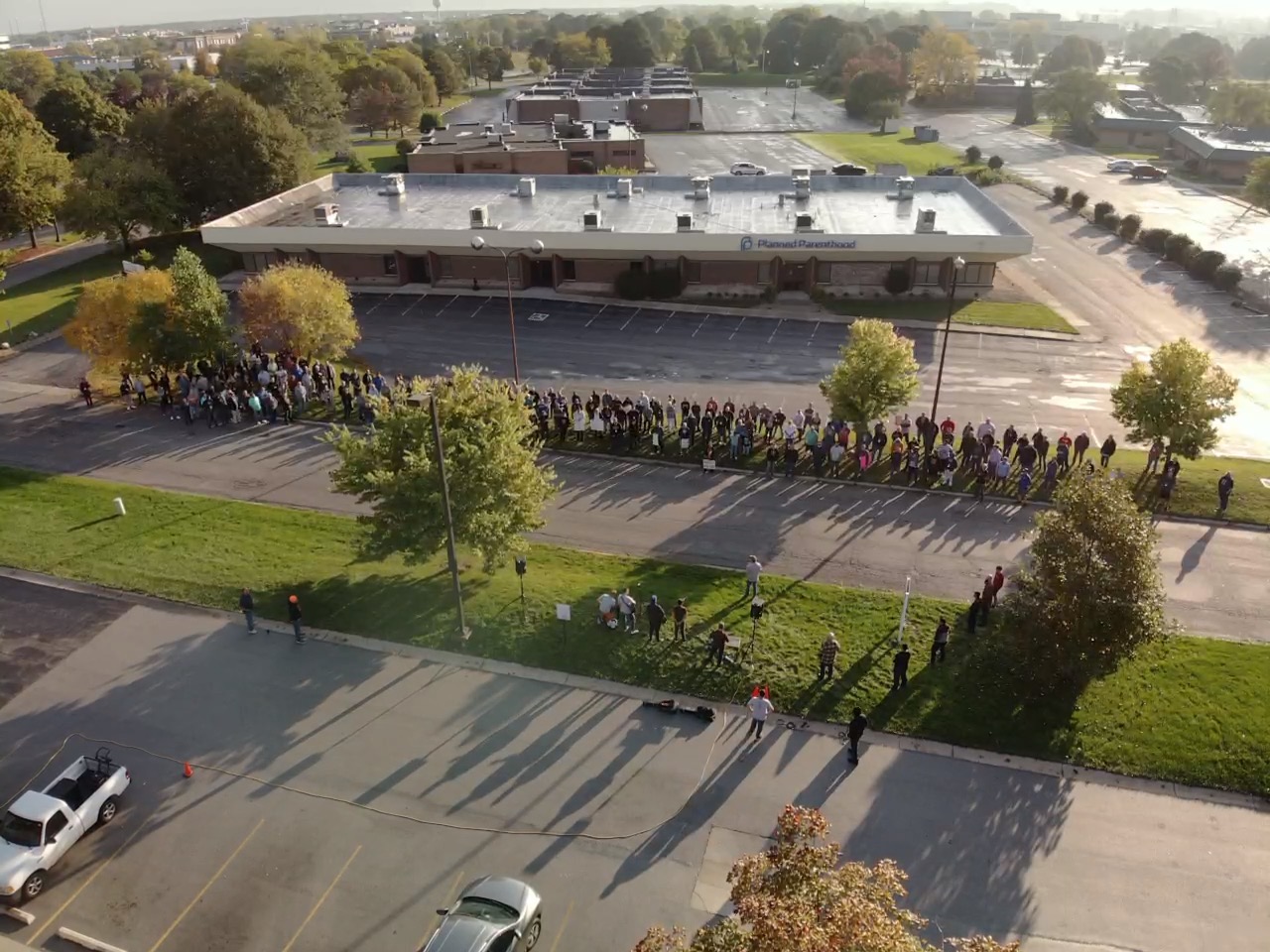 This is what it looks like when men join together to pray for the weak. This is the Band of Brothers men's conference from Living Stones. They spent Saturday morning, October 9th, praying in front of Planned Parenthood. We are so thankful to all men who defend women and children from the pain of abortion.

Where the Rubber Meets the Road 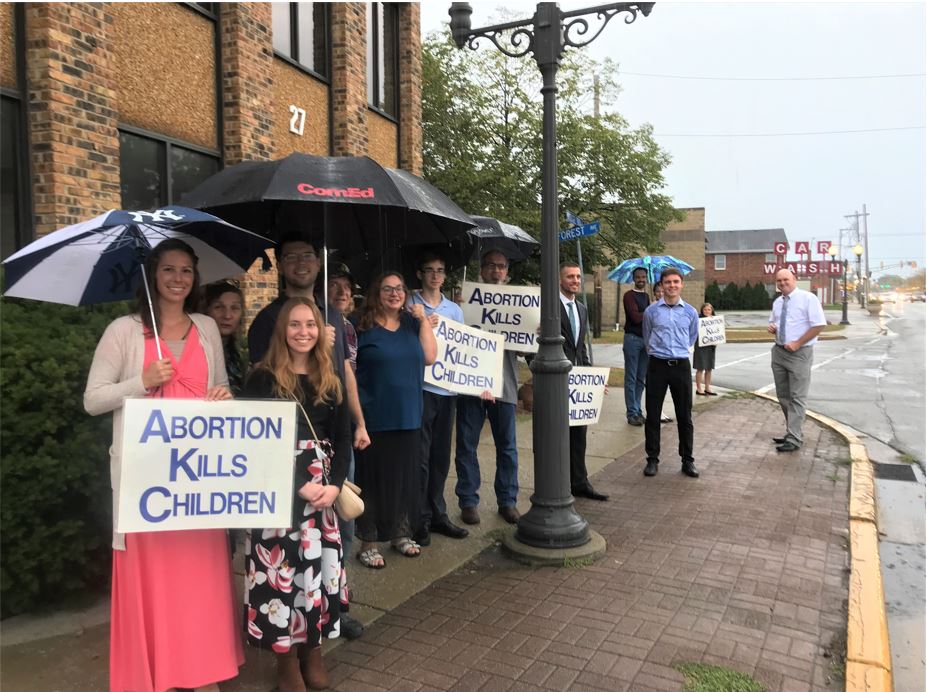 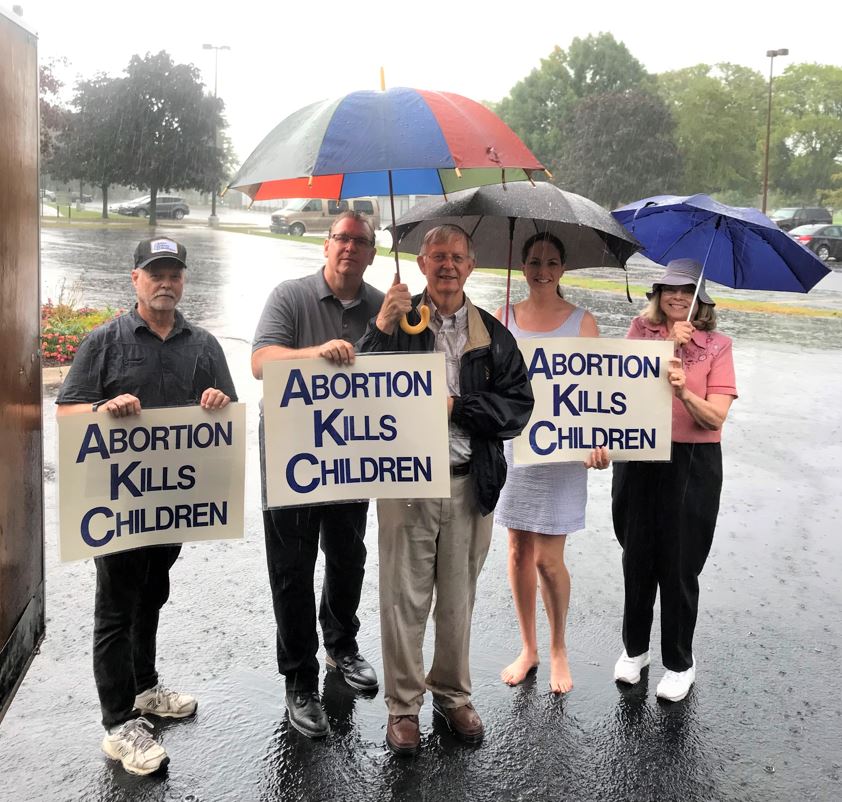 The sky was gray as the rain sporadically dumped buckets of water down on some of the most warm and dedicated individuals who support life. As the rain kept pouring, life supporters unloaded from their vehicles as well. Coffee and donuts welcomed them as they picked up their signs to display their unwavering support for life along the Ridge Road sidewalks from Indianapolis Blvd. west to the state line.

What a tremendous display of dedication, as the rubber met the road.

The entire Lake County Right to Life board of directors wishes to thank everyone who sacrificed the comfort of their easy chair for a brisk downpour.

The Transformation Life and the Difference it Makes

I recently had the honor and privilege of attending the 50th Annual National Right To Life Convention (NRLC) in Virginia with a few of my fellow Lake County Right To Life board members. This being my first convention, I didn't know what to expect, yet my expectations were high. Reality far exceeded expectation! I would like to briefly mention two of the many convention high points for me.

The first was traveling with a board member that I was just getting to know. Her story was the first of many stories I was about to hear, and it perfectly sums up what this convention was all about.

The value of life, all life. Norma was conceived in rape. As she says, "I love God's hand of protection."  Thank God she was protected because you will not meet or find a person who is kinder or more caring than she. Her empathy for others came out in so many little ways at the convention. Her thoughts and feelings that she shared with our group were inspirational and eye-opening. It is a travesty to think of how many "Norma's" the world has lost because of the senseless act of abortion.

One speaker at the convention probably touched my heart and affected me the most. Patricia Sandoval related her life story that still has me in awe. She spoke of her history of escaping from drug abuse, being homeless, working at Planned Parenthood and having three abortions! Patricia wrote a book, "Transfigured" that chronicles her jaw-dropping journey through life. Throughout her talk she kept saying there were so many more details to each incident. Details that form every consequence and next life chapter. I had to purchase her book. Suffice to say...she undersold her story. I won't spoil the ending. You must seek out her book, "Transfigured." I read half the book in one night. It is an enthralling testimony that God does transform us and that something wonderful can result after something so horrific.

My takeaway from these two special ladies and their personal stories is that every life is unique, special and must be valued equally. Even when a life is squandered and lost, we must be caring for the person who had to endure an unimaginable situation.

Patricia Sandoval related the shame she felt walking into that abortion clinic alone. No matter how strongly I am against the murder of the unborn, when I now stand outside of Planned Parenthood praying for all who enter...and for the end of abortion...I now ponder someone and something else: I try to put myself in the predicament of that woman walking in. I am adamantly opposed to the act of abortion, yet I pray for that woman's conversion or transfiguration. My heart finally thinks of her also; in empathy the way my friend Norma lives her life every day. The way Patricia now lives and helps others.

The courage, passion, and dedication of the "Norma's and Patricia's" of the world make me proud to be Pro Life.

God bless you all.

Mark Gabrione, Board Member of Lake County Right to Life

Within the next 24 hours, Nancy Pelosi’s House will consider a bill to nullify any and all statewide pro-life laws, like those in Texas and Mississippi, and officially codify Roe v. Wade into federal law.

We need to flood Congress with letters to STRIKE DOWN this radical pro-abortion takeover of America. Please add your name at to notify your representative by clicking here, which will give a “NO” VOTE on Nancy Pelosi’s bill that would NULLIFY every pro-life law in the nation.

We must act fast!

But we prefer to call it by what it truly is: the Abortion On Demand Until Birth Act.

If passed by the Senate, this extreme bill would eliminate limits on late-term abortions, chemical abortions, waiting periods, consent laws, discriminatory abortion, and many other barbaric practices.

And of course, YOU, the taxpayer, would be forced to fund such gruesome activities by federal mandate.

But thankfully, our grassroots army of pro-life activists like you has successfully advocated to strike down extreme pro-abortion bills before. Now, I’m calling on you to do it again.

Please add your name to our pre-written letter to YOUR representative, urging a “NO” VOTE on Nancy Pelosi’s bill that would NULLIFY every pro-life law in the nation.

Thank you to everyone who volunteered and supported us during Rock 'N Rail this year! 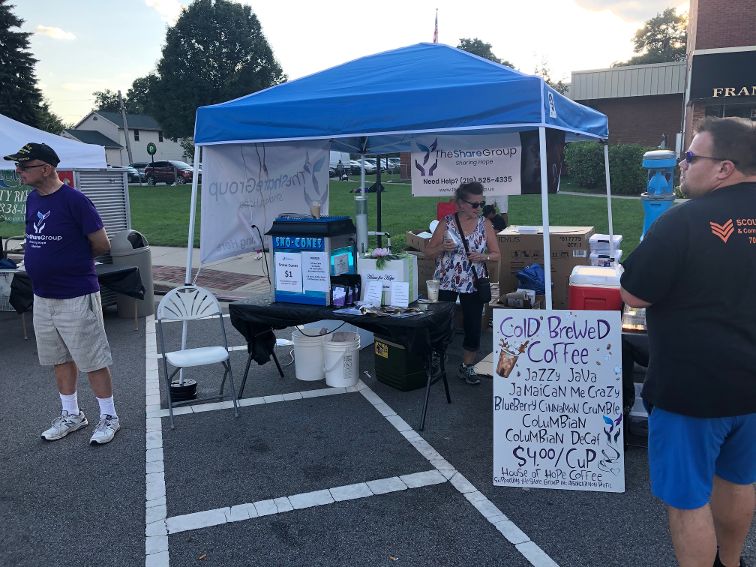 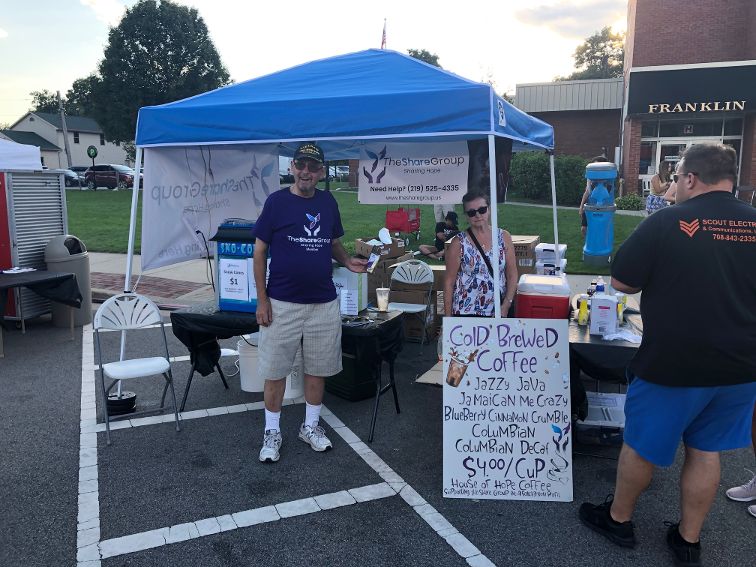 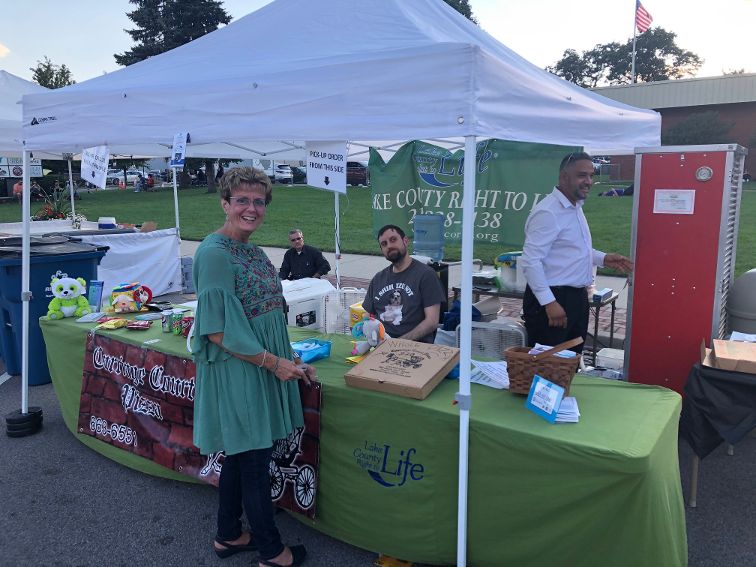 In a bold move by the state legislature, all life is now protected once a heartbeat is detected (around six weeks after conception is when this usually occurs) in Texas. The Supreme Court in a 5 to 4 vote, has decided to refrain from blocking the law. This is great news for both mothers and babies in the lone star state. Thank you Texas for leading the way, and setting an example of  government respecting life of ALL citizens. Let's get this done here in Indiana!

(LCRTL credits LiveAction for this information).

A significant and disturbing ruling has recently been made by a federal judge regarding Indiana's abortion restrictions. The ruling by Judge Sarah Evans Barker lifts many of the safeguards put in place by the Indiana legislature that would otherwise ensure greater protections for both mother and her unborn baby. This ruling make access to abortion much easier, and more dangerous, to obtain. For example, a woman may now receive an abortion pill without ever seeing a doctor! The ruling was initiated by a lawsuit brought forth from Whole Woman's Health Alliance, along with two other abortion providers. Please read the full story below and share the information with your friends and loved ones.

The U.S. House has just passed a bill that that would lift restrictions on federal spending for abortions for the first time in decades. Using federal tax dollars on abortions has long been prohibited by the Hyde Amendment of 1976, which was passed bi-partisanly. Polling shows the majority of Americans are still opposed to taxpayer funded abortion.

Indianapolis – Today, a state judge ruled in favor of abortion-rights extremists and against the will of the people of Indiana, whose duly elected representatives passed and signed into effect H.B. 1577, which provided that doctors tell women receiving chemical abortion drugs about abortion pill reversal.

The Office of Todd Rokita, the Indiana Attorney General, said in a court filing: “Patients have the right to choose not to take the second pill and pursue alternative options to save their pregnancies…  Denying patients information regarding alternatives should they wish to continue their pregnancies harms women by depriving them of that choice.”

Prior to Judge Hanlon’s temporary restraining order, the new law was set to go into effect tomorrow, July 1, 2021.

Chemical abortion has recently been on the rise in Indiana, which is why H.B. 1577 is such welcome news to IRTL. According to the Charlotte Lozier Institute, chemical abortions made up 44% of the total abortions in Indiana in 2019 (the last year for which there is data) and increased by nearly 2% from the previous year.

In abortion pill reversal, the hormone progesterone, which a woman’s body naturally makes, is used to counter the effects of the abortion drug mifepristone.

The United States Supreme Court has agreed to hear a case from The American Center for Law and Justice, directly challenging Roe v. Wade. This is one of the biggest challenges to abortion rights in decades, and comes after numerous states have recently expanded abortion opportunities all the up until birth. The ACLJ is working hard to protect the unborn, but they need our help. Please sign the petition and donate, if possible. Lets all stand for life and speak for those who cannot yet speak for themselves.

Lake County Right to Life serves primarily Lake County and does extend outreach into Porter, LaPorte and St. Joseph Counties. and also partners with The SHARE Group in presenting topics such as human trafficking and suicide awareness and prevention.

©2020 Lake County Right to Life. All rights reserved. Website design by VIA Marketing